Figure 9-2 on the following page demonstrates how a special character is designed at a PLATO terminal. The author moves the cursor on an 8 x 16 grid to specify which dots are to be lit. The author can inspect “in the small” the appearance of the character he designs “in the large”. The letter shown at the top of the page is the key with which this character will be associated when typing in the alternate font, just as character “д” is associated with key “d” in “charset russian”. The character pattern is stored in such a way that the author can (at any later time) recall the pattern and modify it. A character set can contain up to 126 special characters or as few as one or two characters.

Below is an example from lesson AID which displays pictures of cars: 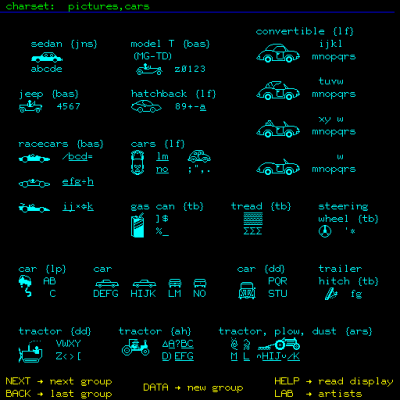 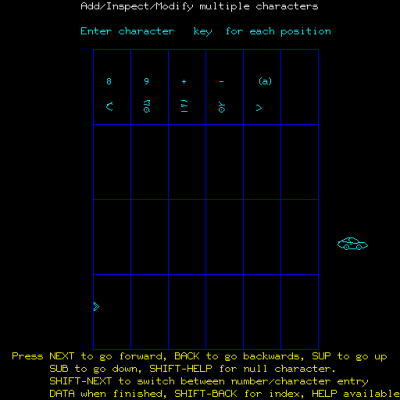 This figure shows how an author can create several 8 x 16 characters at once to be used together or separately. This option is particularly helpful when designing character-mode pictures.

This is the composition of the back of the “hatchback”: 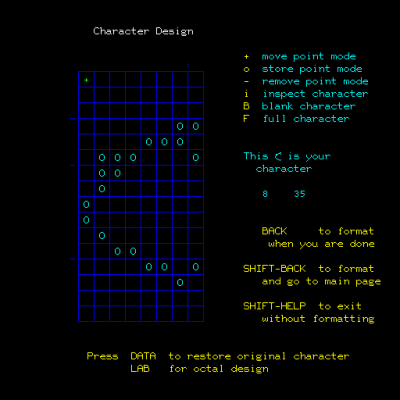 The same format holds for linesets.