Desktop Cyber (dtCyber) is a faithful emulation of the CDC hardware from the Mainframe era.

Many repositories exist and have fragmented over the years. Tom Hunter's repository was maintained in SubVersion form for most of its life and was periodically forked/branched/merged with other variants. This document contains the current “known” locations of the repositories and, to whatever extent is known, their lineage.

Upon the closure of the original ControlFreaks TWIKI, there emerged a number of parallel efforts to reconstitute the current state of dtCyber work. GitHub contains 4 repositories (as of this writing) by the following contributors

Tom Hunter's repository was established using the now-defunct svn2github service. Because this instance no longer has any other active source, the file DtCyber-master-svn2github.zip has been created as an alternative source of the final version for storage/access on this site. Because the history may be important to some, DtCyber.svn2github.GIT.zip was also created as a static reproduction of the repository.

John Bradley's fork of the above repository is an in-tact copy of the SVN2GitHub copy.

Paul Koning's branch of dtCyber was built from a somewhat older instance of the dtCyber codebase. Paul maintains his work in a private Subversion repository. Paul provides access to the repository on request. Tom's repository is maintained at

Kevin Jordan's branch of the dtCyber codebase is one of the most complete and best-maintained after Tom Hunter's retirement from the project. Kevin has done a terrific job of enhancing the simulator and has added features like NIU support, CDC Tape Library functionality, and more.

William's repositories include Expect scripts (using TCL Expect) for building NOS 2.8.7 with the Nostalgic Computing Center's version of dtCyber. The instructions for performing the build are maintained there but the steps are available as a reference.

Steve Zoppi's repository is a fork of the Jordan repository and all features are built upon Kevin's work.

In his original document, the following people were credited for the original work and support of dtCyber:

Please note that this list is probably incomplete and in no particular order. Sorry if I forgot you.

A special thank you goes to the man who was responsible for the design of Control Data Corporation's most successful large-scale computer, the CDC 6600 system. 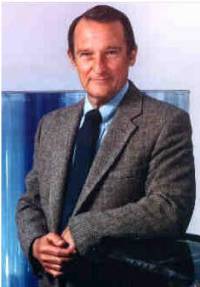 Seymour Cray was born in 1925 in Chippewa Falls, Wisconsin; he died in 1996 in Colorado Springs, Colorado, from injuries suffered in a car accident.